Hey you, put my wings on

Blanco, transparency with oneself 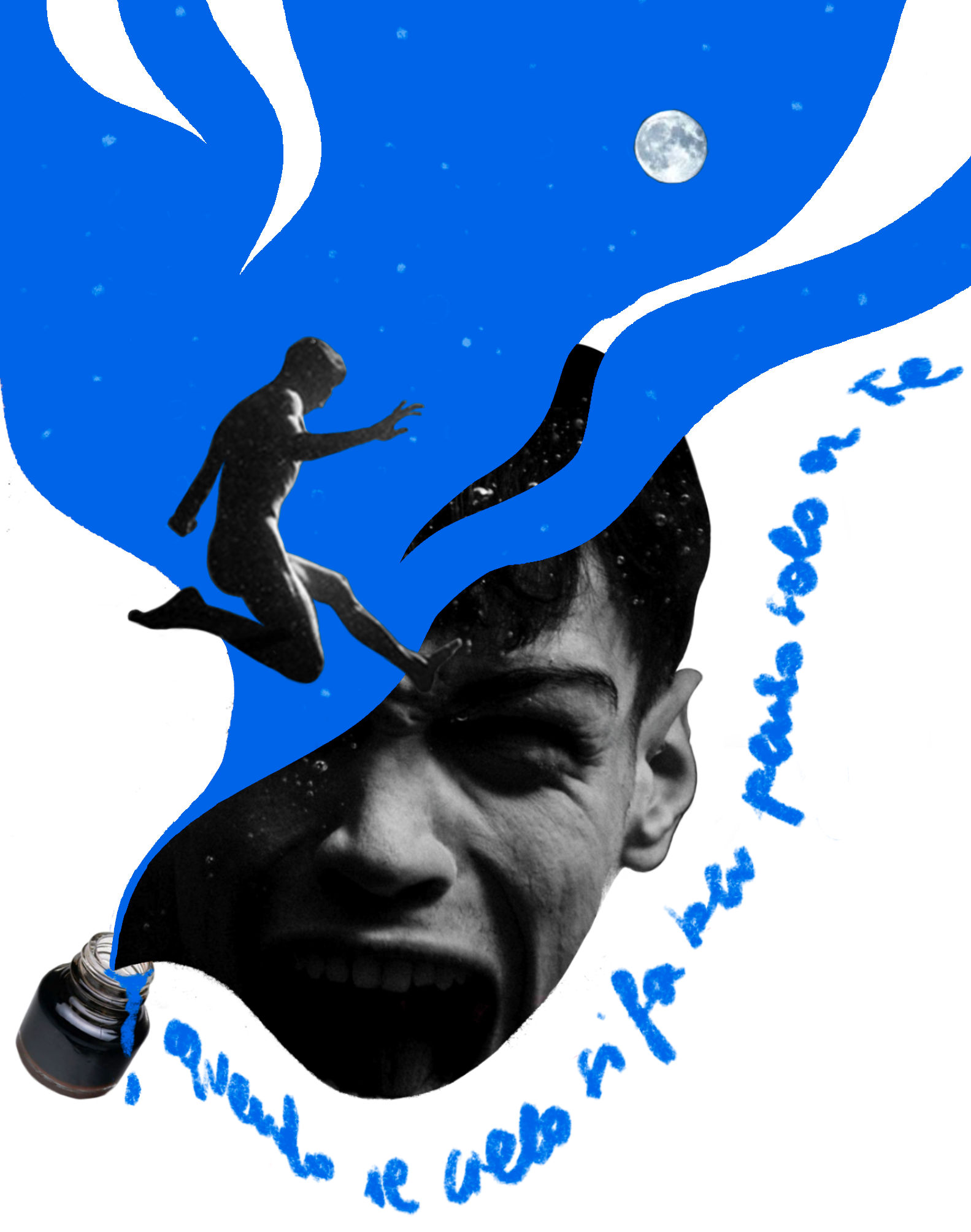 “And I take you with me / Because I’m afraid alone / Because you violate my outburst / But I need it too much, oh / Give me half an hour of sun”.

Blanco is today one of the emerging rapcore / punk rock artists of Italian music. Born in 2003, he broke the ratings in recent months and remained for 14 weeks at the top of the ranking of the best-selling albums in Italy. On 10 September 2021 his first album “Celestial Blue” was released and with 10 songs he managed to get people talked about for many months and at the same time attracted the attention of his entire generation.

Riccardo Fabbriconi, aka Blanco, has released an album of unpublished sngles, as he states in an interview: “I chose to work only with Michelangelo (author and music producer) because I had so many things to tell. Singing with other artists risked discrediting the intention of making a totally personal album, of making the music less mine “.

The artist expresses himself without filters and it is clear both in the texts of his songs and in the interviews he reports, how essential it is for him to be honest with himself. “When you touch the bottom you have to be transparent with yourself, you have to be aware of getting up. If you are one of the happy ones, who always laughs, you are actually covering the wounds with band-aids which then reopen. You have to accept who you are and understand yourself, also because when you are good with yourself you are also good with others. I’m working on it, it’s very difficult. I’m not saying I’m doing it but I’d like to continue, now I’m being reborn “. It is clear that for him one has to deal with his own real and concrete wounds and anxieties, and this is transformed track by track, in screaming, cutting words into explosive, lively and dramatic music at the same time.

“I’m afraid that / All this waiting is not enough / It does not cover the pain / As if it were medicine / My dose of morphine … This train has no brake / I want to stop / It flows like a poison / I don’t want to run away / I embrace the pain / Closing my eyes ”The quote from the song“ Lucciole ”brings back this drama, which Blanco does not keep to himself: this is the secret for which he manages to reach everyone, especially the younger generations.

“Even if I walk around like I was a vagabond / And I feel like a bottomless pit / Looking for something new / That fills this void” Looking at loneliness, the restlessness does not stop at a song but persists, as in “Aphrodite” . We invite you to listen and find out what the artist sings and says in the other songs.

Blanco is an interesting artist in that he shows how to look at the truth of oneself one must face one’s wounds and one’s need for happiness with courage. The challenge is to understand if we are able, especially now, as children, to fill “this void” and to succeed in our ambitions alone or as Blanco, we need a Michelangelo with whom to “compose” and understand their own path.