ELIOT, BRECHT AND THE IDEAL.

Poetic proposals for the cohesion of the person. 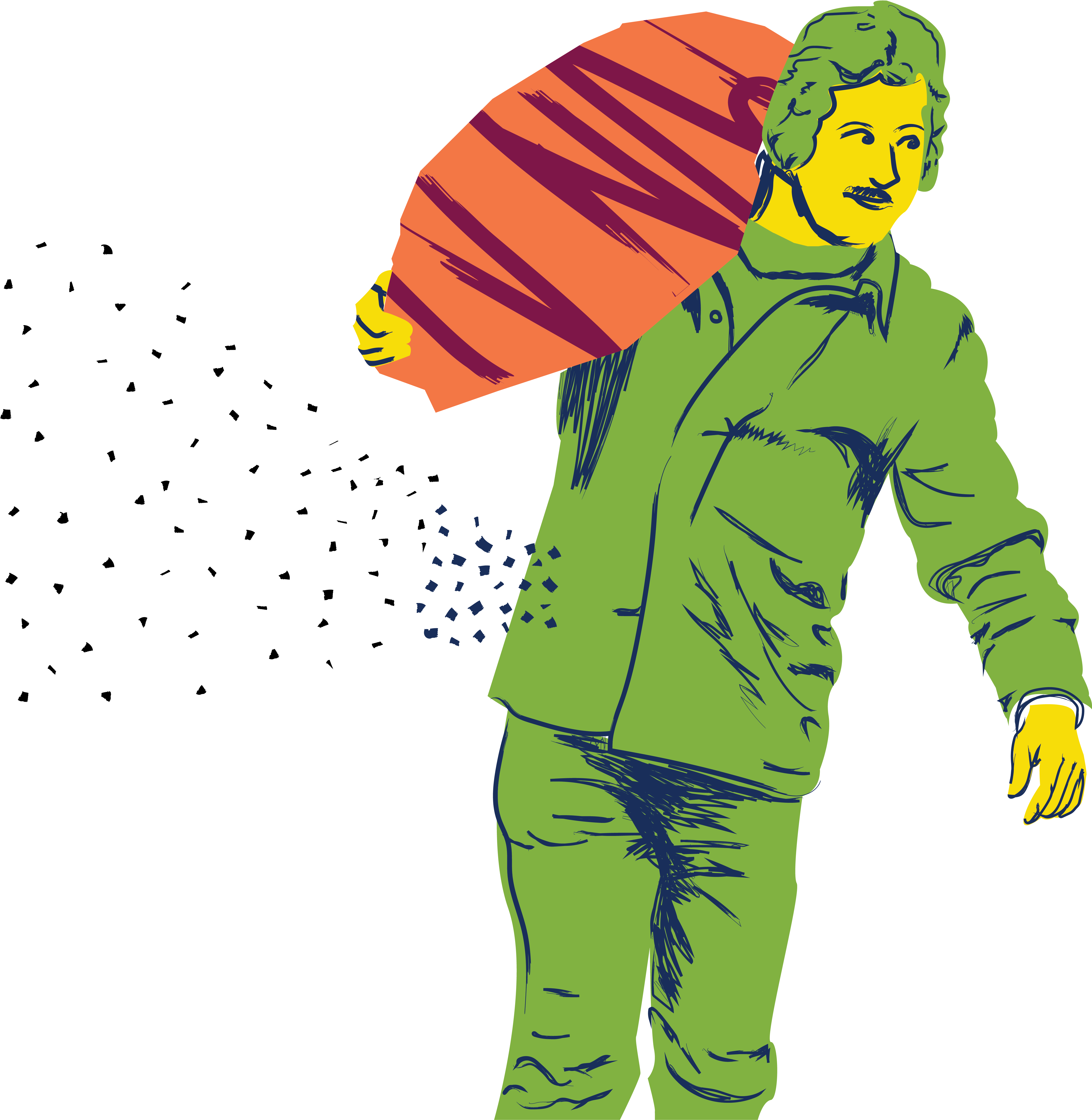 “A powder keg ready to explode”: the amount of times we’ve heard this definition of Europe at the beginning of the twentieth century makes us smile. On the other hand, the First World War was ignited by a primarily ideological fuse: various idealisms, post-Hegelian ramifications, nationalisms and religions lent themselves as a foundation for private and public life. While on one hand this circulation of ideological systems was the cornerstone of totalitarian regimes, on the other hand it seems to show that the veil of disillusionment over those years had not yet fallen. It would certainly be mistaken to think that each individual was completely involved in the same way, body and mind, in those streams of thought that have shocked the continent, on the other side, in a simplification that is as necessary as it is useful, it can be said that there was an approach to public life very different from what happens in our times. If you look at nowadays, taking an average European student, he could probably explain who Mussolini and St. Peter were, or what the predominant difference is between capitalism and communism. Instead, the boy would be dumbfounded when faced with the question: “Do you believe that there is something true for your life in those theories? Would you base your days on what they offer?”. The distance I see between the two generations is not given by the hundred or more years that separate us, rather, by recognizing that the need to identify oneself with an ideal is now faced with disillusionment; an example of this is the increasingly frequent estrangement from any declination of politics, as well as the fragmentation of our own person into a thousand thoughts and actions, scattered like confetti in our everyday life sometimes without a connection that gives them meaning. Admitting the risk of passing for nostalgic and trivializing the vision of the past, I cannot resign myself to the fact that the principles of truth, sparkling with life at the beginning of the twentieth century, have now simply crumbled. Is it really impossible for us today to have such coherence between what we do and the ideal horizon we aim for? In my personal research I interrogated that time and I came across two cultural personalities who were comparable and distant at the same time: the poetic instrument is common to both to communicate the necessity and the presence of a common cause; the gaze on human need and therefore on the nature of the objective towards which community action must tend is diametrically opposite. The first character is T.S. Eliot, American naturalized British poet, Anglican Christian, protagonist of the social usefulness of poetry through various works including the Choirs from La Rocca, a play composed in order to raise funds for the construction of a new church in a suburb of London. A tireless critic of the situation contemporary to him, Eliot does not offer readers dogmatic notions but involves them in the fight against the rampant aridity in a society which, with its technological and economic development, contributes to dehumanizing people.

Second, you neglect and belittle the desert.

The desert is not remote in the southern tropics,

The desert is not only around the corner,

The desert is squeezed in the tube-train next to you,

The desert is in the heart of your brother.

Christianity is identified both as a fundamental weapon of truth used to fight the dominant nonsense in modernity, and as a voice that calls back to that moment in history when Eliot claims that time and Meaning began.

A moment  in time but time was made through that

moment: for without the meaning there is no time,

and that moment of time gave the meaning. []

Bestial as always before, carnal, self-seeking as always

before, selfish and purblind as ever before,

their march on the way that was lit by the light;

following no other way.

The social role played out by the Christian personality is carried out on two levels: in the first place, remembering the ultimate fallibility of man, not so much in the inability to build but in giving meaning to his work; secondly, a consequence of this last incompleteness, placing that natural tendency towards the creative act at the service of a Common Good.

We build in vain unless the Lord build with us.

Can you keep the City that Lord keeps not with you?

A thousand policemen directing the traffic

Cannot tell you why you come or where you go.

The Lord who created must wish us to create

And employ our creation again in His service

Which is already His service in creating.

For Man is joined spirit and body,

And therefore must serve as spirit and body.

On the other side of the barricade stood Bertold Brecht, who was born and lived in Germany even in the dark times when it was given the name of the Weimar Republic. His poetry has become the voice of men who have never been able to make themselves heard, a mentor for those who fought for a world more fair and not divided between those who dominate and those who must be dominated with an insurmountable wall. Brecht’s position is profoundly human, a spontaneous expression of the innate sense of social justice. Unlike Eliot, he does not seek a meaning that is religious, instead he dedicates himself to taking a stand on all the tangible pain born from the socio-economic situation in which he found himself.

In front of everyone, in the light of the sun,

they extracted from their workers everything they had inside,

they fired shots into the mines, then they threw into the streets

laughing of a friendly smile.

The writer does not want to be a theorist of communism, on his side that would have been an insufficient role, but a witness to the living and suffering flesh of starving proletarians and exploited women. He invites his peer reader to raise his head and fight so that “there are no longer two kinds of men in the world“.

My son, stick to your fellow men

You, my son, and I and all our kind

we must stick together and we must achieve

that there are no longer

two kinds of men in the world.

When the rulers have already spoken

Then the ruled will start to speak.

Who’s to blame if oppression remains? We are.

Who can break its thrall? We can.

Whoever has been beaten down must rise to his feet!

Whoever is lost must fight back!

Whoever has recognized his condition – how can anyone stop him?

Because the vanquished of today will be tomorrow’s victors

And never will become: already today!

There are countless experts who could authoritatively propose these poets or share their ideas and positions: I am not among them, nor was that my intent. However, there remains the possibility of being fascinated by their testimony of consistency, where their talent, what they believed in as individuals and their position towards society were all directed towards a single ideal horizon.