I DON'T WANT ANOTHER STORY

Our need to tell ourselves and storytelling today 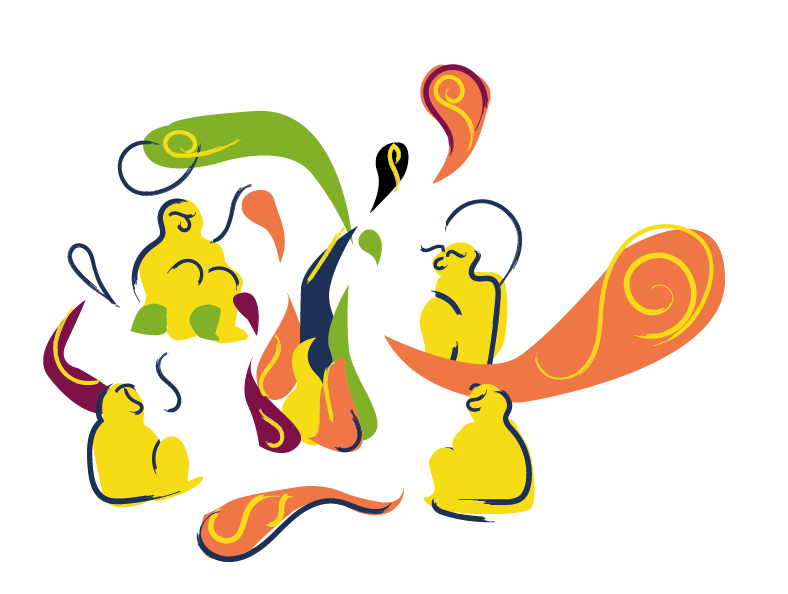 by A.Lucchi and E. Menna

About two months before distribution, the Polipo team meets to design the next issue of the newspaper, putting proposals for new articles on the table. I had accepted a friend’s invitation to the “planning” meeting without any ideas or ideas in my head, and that evening I found myself having to improvise something on the spot. It was in the midst of intense brainstorming at the table with others that one question overwhelmed me. I asked myself: “Do I really have something to say? Looking inside, do I really have something relevant to write? A story worth sharing?” They weren’t questions that arose from some presumption but spontaneous doubts about the validity of my narration. Do we all deserve to have a platform to be heard from? Is each of us allowed to have our voice and give our opinion on any topic? Or is there a risk of resulting in rampant relativism? Is it a right, in terms of freedom of speech, or is it also a duty to constantly make a judgment?

The expression “telling a story” can be replaced with the equivalent storytelling. You don’t need to be a popularizer, professional speaker or exceptionally skilled with a pen to do storytelling, but an essential requirement is that listeners must be able to identify with the story, relate to and sympathize with what is being communicated.

Interestingly, archaeologists and anthropologists have traced the genesis of storytelling to the discovery of fire. When the first men on Earth learned to use it according to their needs – such as keeping warm, protecting themselves from predators, lighting up at night – they also learned how to be more efficient, dividing up tasks, meeting in increasingly numerous groups, marking time according to regular rhythms and getting more energy from the foods they cooked. It was then that the domestication of fire laid the foundations for a new context of social and cultural interactions: by sitting around the flame, our earliest ancestors initiated the oral tradition of storytelling. And still today in some areas of Africa and the Middle East nomadic populations and tribes keep this primitive form of storytelling alive by gathering in desolate places under the stars to pass on mythical tales and stories of their ancestors.

Today, however, storytelling has taken on the most varied forms, and in addition to the literary-artistic field, in which it came to life and developed, it is also revolutionizing marketing and the world of work. From the latest SUV model to coffee pods, from cat food to a young influencer’s fashion line, “commercial storytelling” has become one with selling and advertising. But it has not only invaded the economy: we are witnessing the greatest amount of diary-like and individual storytelling thanks to social networks, which have allowed many voices and points of view to make themselves known, opening glimpses of even distant and little-known realities. However these apps, although born to act as a support and catalyst for the establishment of relationships, easily manage to distort our communication. The “self-narration” through social media can evolve into a deformed surrogate of storytelling, such as miscommunication, disinformation, scam, fake news and ambivalence, by means of a simple tweet or repost.

But why are we so vulnerable and easily impressed when faced with stories? There is a scientific explanation: hearing or reading any story involves us emotionally because it is biologically similar to the act of falling in love. Certain areas of the brain “light up” and the same hormones and neurotransmitters are released in our bodies as when we feel butterflies in our stomach. Serotonin, endorphins, dopamine and oxytocin begin to “circulate” and make us more sensitive and predisposed to laugh, to concentrate on the narrator, to feel a certain tension, to “go on journeys” drawing in our heads what they are describing to us and to be more generous and open to those who are opening up to us.

Our need to feel connected to others is natural and contributes to our physical and mental well-being. But living “in public” continually pushes us to share more than we would without expectation or pressure. Never in human history have we shared so much with so many and are baring ourselves to an extent never experienced before. Sharing pleasant content – ​​also understood as “worthy of a like” – derives from an instinct of our species. But it is equally vital to know how to draw personal boundaries and recognize a limit threshold. Perhaps there is something even more special in the awareness that what I share only with certain people, with close circles of my acquaintances, or even just with myself, is only for us, between me and them. Perhaps cultivating a private life is as precious and sacred as sharing some of it with others. Perhaps storytelling isn’t so dangerous if it remains true and authentic. And the use that should be made of it is to tell and tell us, about us and for us. re-telling our stories.