The swing of judgement

The superficiality of political choices 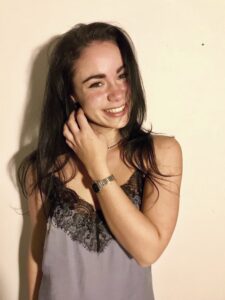 An analysis on freedom is moved by the impatience of deprivation. During the past months this topic was fully discussed, mirrored by anti-contagious rules, and now it is evinced in a new way: a discussion on how our voices, really granted and not suffocated, favored our society.

With what kind of conscience does one acknowledge personal freedom to vote, later sanctioned in law?

What moved my discussion is the documentary “Edge of Democracy”, premiered on Netflix.

Personally speaking, the director gives an accurate picture of social dynamics and Brazilian politics, not lacking entertainment, starting from dictatorship (1964-1984) to the ascent of Bolsonaro. A limited period, just 25 years, brought Luiz Inácio Lula from the position of acclaimed president and advocate of the left progressive wing to becoming a representative of corruption and sentenced to jail. These events are then followed by the impetuous election of Bolsonaro, spokesperson for the far right and for those ideas so distant from both Lula and Brazil in the first years of 2000. The description is sudden, like rapid political reversals, which, in any case, are only the reflection of popular thought. This is where my question arises. How and with what frenzy does public opinion turn upside down? The change of direction at the government building in Brasilia brings up how thinking is sensitive and precarious. It is indeed the fragility of personal convictions that spills over into the crumbling of a majority that was solidly acclaimed before.

The individual is at the mercy of newspapers, radio, TV, social networks. The latter have drastically contributed to the creation of dangerous misinformation.

There are those who make an improper use of their 15 minutes of fame, to quote Warhol, and feed the propaganda of ambiguous messages for the most confused minds. As “Social dilemma”

teaches – Netflix creates questions and gives, in part, answers – the algorithm that proposes the scrolling contents of users’ profiles does not avoid, but rather foments conspiracy. And so, a user, who is recognized by preferences as potentially conditioning, will only have to deal with material from nearby sources. He is a galloping horse, with blinders, and he can’t be distracted by voices from a field that is different from the one proposed on the home page. Polarization, the first response to the Brazilian political overthrow, speaks to the extremes: right wing or left wing, Bolsonaro or Lula. Public opinion is the flag: it flies, it does not linger, it does not analyze, and, above all, it has no memory. If this were the case, not even a storm would give these period radical effects of change.

Therefore, the second explanation can be addressed to human nature itself. Studies show that, when there is a strong emotional involvement, the facts remain in the mind of people. Observation, expectation, hope, but also disappointment, dissent, are all subordinated to a single feeling: to believe. On the other hand, observing today’s politics, it is easy to see a stadium rivalry. However, it is not the cheering which I refer to. It is not the semblance of a bond that unites the masses, but a greater involvement. You – with all the empathy provided by direct communication – believe when you take a chance, you lose inhibition, you dedicate yourself to the cause. Defeat is not on the playing field, it becomes personal. In these terms, if you get burned, or, if you want, you triumph, you don’t forget it.

“A country that after 21 years of dictatorship established its democracy and became an inspiration to much of the world. It seemed Brazil had finally broken its curse. But here we are. With one president impeached, another imprisoned, and the nation moving rapidly towards its authoritarian past. Today, as I feel the ground opening, I fear our democracy was nothing nut a short-lived dream.”

These are the words by which ” Edge of Democracy ” opens. Petra Costa says: “Today, I feel the ground opening”. The strength of the director’s quote is the demonstration of the intensity of the feeling I was dealing with, she has the memory of the daughter of activists who opposed the military dictatorship, but perhaps in order not to be easy turncoats you don’t need to have such a background.

I don’t want to be misunderstood I don’t believe that changing our ideas is wrong. No commendation to closed minds. I point my finger to the lightness of choice, to float on the surface of judgment.

From South America I return to my reality.

A year of frustration. You look at the world from a window on which a “Everything will be fine” sign hangs. These letters become more and more blurry, less clear as the months go by. But they are not deleted. Time is the unanimous solution. The sand in the hourglass is flowing, let it run! And if your cells are wasting away quickly, it doesn’t matter! Heals and wears out, ironic. I don’t see the solution of the pandemic situation in the faces of those who move across the street while walking, from the numbers of infections, from closed shutters, from canceled flights … I still read it from the freedom to give vent to the voice. Screaming with dissatisfaction is still screaming.

Voice. Vote. Information. I would like you to hear, or rather believe in these pillars because democracy is not to be taken for granted and even though this red glow blinds me, I see an end. While a dictatorship takes my breath away.