The disappearance of the giraffe 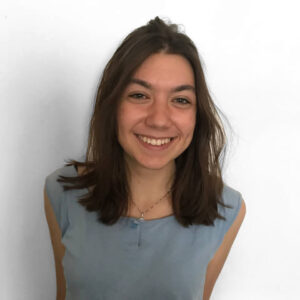 During a night alone in my bedroom, in my conquered solitude, I came across “The Great Beauty”, a 2013 movie by Paolo Sorrentino I had often heard of. I was speechless so much that I had to watch the movie four times before being able to express my opinion.

I want to share a brief inspiration for thought that is still open to me Throughout the movie, scenes  related to the religious world, such as the singing choir or the nuns playing in the courtyard with the girls, are alternated with Jep’s world, the world of the worldliness, such as his birthday party or the nights spent alone on the terrace of his house. At first these two worlds seem opposite, they have nothing to do with each other, so much so that the scenes splash here and there very quickly and almost incoherently. Then the two worlds start mixing slowly.   In the scene of the doctor giving botox injections to old ladies a nun also arrives who needs it for her hands’ sweating, while later Cardinal Bellucci, a great clergyman, behaves like a child worried about preening and having fun rather than listening to a man in distress. The intertwining between the two worlds continues until the arrival of the Saint. At this point the two worlds meet in the mirror: Jep and the Saint. Jep is in contemplation of remembrance of Elisa, she was his girlfriend when he was twenty and he hasn’t seen her for at least thirty years, and the Saint is in contemplation in front of the Crucifix. And finally the words of Jep:

“This is how it always ends. With death. But first there was life, hidden beneath the blah, blah, blah… It is all settled beneath the chitchat and the noise. Silence and sentiment, emotion and fear. The haggard, inconstant flashes of beauty. And then the wretched squalor and miserable humanity. All buried under the cover of the embarrassment of being in the world, blah, blah, blah… Beyond there is what lies beyond. I don’t deal with what lies beyond […] After all, it’s just a trick. Yes, It’s just a trick”.

These words conclude the film leaving the idea that perhaps loved ones and dear things (The haggard, inconstant flashes of beauty) never disappear the moment they are loved in the present with their life. They are not elsewhere even if they seem so, and therefore even a worldly man like Jep manages to be grasped by it. After all it is just a trick, like the circus number of the disappearance of the giraffe. And now that many ways have been removed from me to access my happiness, I wonder: What remains in me?