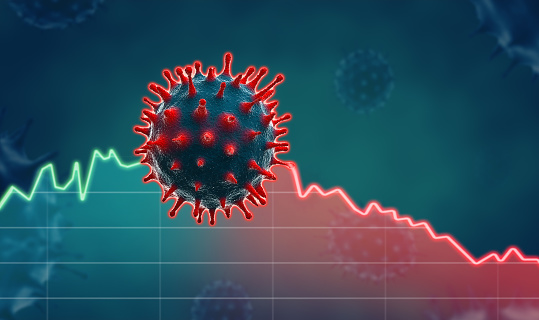 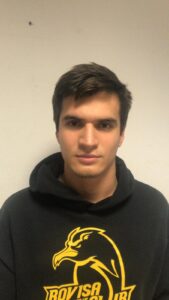 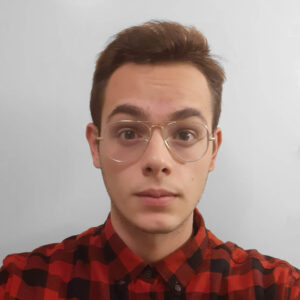 “Economy”, “job”, “company”, “entrepreneurs”, “artisans” are some of the words that are very often in these recent times in newspaper headlines. Because of the pandemic and of the operations implemented by the government to restrain its diffusion, these terms turned out not to be theoretical at all: they concern faces we know such as of friends, acquaintances, relatives or parents. Women and Men who had to make imposed choices which could have wiped and could wipe out jobs.

Working just as studying is requested from university students, must not become the ultimate aim of someone’s life, yet it is appealing that the fulfilment of our own dreams and of our own life goes also through what our job requires. From this point on, the desire to listen to people and to meet those faces who daily experience this challenging situation first-hand aroused.

We interviewed some entrepreneurs to avoid addressing an economic and social speech only from students’ points of view, which would have intrinsically been a theoretical approach because of our lack of experience.

We conducted four interviews: three of them with entrepreneurs of medium/large sized companies (Ambrogio Beretta, Matteo Brambilla, Giovanni Gemmani), and the fourth one with the manager of a big and important multinational company with headquarters located in Italy, of which, for privacy reasons, we shall not reveal the name.

As Ambrogio Beretta states, the risk to categorize an entrepreneur as a position in which personal interest and money are the base; where everything seems to be allowed. Giovanni Gemmani says that, in addition to the undeniable aim of profit growth, an entrepreneur’s duty also consists in administering with passion and love his own company, paying attention to what surrounds him, such as the families of his employees and the social impact on the surrounding territory.

The conversations had the aim to understand how the economy is evolving due to the current pandemic, and what possibilities will be there for the students who, in a few years from now will get into the job industry. The discussions have been intense and engaging, starting with Giovanni Gemmani and Matteo Brambilla, who told us about their companies difficult situation, given the fall in profit, although not dramatic (in the case of the Scm Group, Gemmani’s company, we are talking about 15%). Consistent losses, even though almost nothing compared to the frightening statistics that other sectors have registered such as the catering industry and the tourism industry, in which profit has gone to zero in most cases. These drops, said Brambilla, although major, were amortized thanks to a great personal  and business flexibility, which allowed to quickly re-open up  the company’s doors, directing part of the production, for instance, towards hospital products, as fundamental needs during the first lockdown.

On the other hand, Beretta oppositely described how they have been more strongly hit by closures. His company, during this time of crisis, is facing the third downturn within 24 years, yet keeping an impressively challenging gaze upon business reality. He continued by explaining how, towards the end of the year, they have witnessed a small, yet important monthly profit growth, higher than in previous years, an increase which, however, has not managed to fill the great losses occurred during the March lockdown.

The debate with the manager, also allowed to draw out how the working world will never be the same again, she is now facing a difficult situation, since it’s time to make important choices, which will channel next year’s investments.. The fact that she wouldn’t mention her company’s name got us concerned. She explained how Covid, within its gravity, led to the blossoming of new ideas in the pursuit  for normality. These initiatives allowed for meetings with those colleagues who lived far away from each other and who usually had to get on planes in order to partake in these meetings. Furthermore, these proposals have improved the working conditions also from a sanitary point of view: the initiatives didn’t take off only from  management offices, but foremost from workmen, who have discovered a new affection for their company that goes beyond the lucrative pursuits.

Dialogues went on, up to entering technical aspects. Gemmani explained this time’s difficulties in having overseas subsidiaries which is resulting in a “reshoring” phenomena. It’s the coming home of all the companies, companies which were previously de-localized in Asiatic countries such as China or Vietnam or in Eastern Europe countries such as Romania or Serbia.

Every single dialogue ended up being interesting and challenging, worthy of the question asked; yet, two things mostly stuck with us.

The first one is Brambilla’s answer to the question whether for young generations it is still worthy to do business, an answer which was also taken up in different ways by all  four interviewed:

“In my opinion, there is only one possible answer to this question. Young generation MUST be entrepreneurs, because, just as I say to all the youngsters I interview, everyone must be an entrepreneur of their own self. This is the real discriminant factor, this is what really is interesting. It is not possible for a young man to go  into the job industry without the desire to be an entrepreneur. He will be able to be an excellent entrepreneur of his own self even working as an employee in a company and then he will focus all his energies to follow a growing path and to implicate himself in the company, selling it as a possibility for himself”.

The second issue that we wish to report is doing business during covid times, both as a manager and as an entrepreneur. Covid is a terrible plague that has struck 60 million people in the world and has killed over a million and 400 thousands (Source: Ansa). However the measures undertaken for controlling the spread of the pandemic have themselves unluckily caused Italy to close over 90 thousands activities, and has brought 600 thousands businesses to their knees ( Conferscenti’s esteem, one of the main trade association which represents Italian companies in trading, tourism and services, in craftsmanship other small industries.). Yet, this brought up the need to be together and to avoid being stuck,  keeping an eye on the past, so as to avoid forgetting, and the other one on the future, which clearly seems to have its challenges.

The encounters we experienced made clear to us that there is not one person who can confidently say whether it’ll be easier or harder to do business, or if it will be worthy to take the risk to open up a business. What is certain, and what emerges by the interviews of Giovanni, Matteo and Ambrogio, is that the important thing is not to be alone in facing the current crisis situation. The risk to feel abandoned is present, and with it also come all the fears, including the fear of possible failure. In a professionalist world such as university, one can not give up the desire to have projects and to look at the future with daring eyes. The faces we encountered are the physical evidence of how, even in troubles, it is possible to establish friendships that can open up to the world, clearing up how to move on and which choices to make. They witness how reality often looks harsh and hostile, yet it leaves space for an opportunity of goodness and, we hope, also of profit.