Milan, October 27th: an Autumn Saturday, the rain beats on the streets and the cold is beginning to be felt. A bunch of youngsters meet in Cadorna, under the “Ago e Filo” monument: people who seem to have nothing in common, some of them are italians and the others come from all over the world. It’s the beginning of the guided tour organized by the guys of Lista Aperta for the foreign students who carne to study here at Poli in this period. Thought for them entirely in English, the route inside the historic center presents three of the churches in the city most beloved by the people of Milan.

The first meet allowed us to get to know each other a little better, I was impressed by the fact that three of my classmates that I had distractedly invited carne bursting with enthusiasm that I would have never expected from them. The first church was “San Satiro” in Via Torino. It was built in 1242 after the miracle in which a painting of the Virgin with Child was seen bleeding after being stabbed with a knife. The current structure was built in the second half of the lSth century, on a project by Bramante. The main feature is the faked stuccoed choir, able to reproduce a profundity with the skillful use of prospective, so that the 97 cm available are transformed into 9,7 meters for an observer placed in the middle of the church. We then proceeded towards Corso Magenta to enter the splendid “San Maurizio al Monastero Maggiore”.Built in the 16th century, it represented the most important female monastery of the city. The numerous paintings inside represent the stories of martyrs and scenes from the Bible. A wall in the middle of the church divides the hall of the faithful from the one of the nuns, constituting a particular partition that makes it unique in its kind. 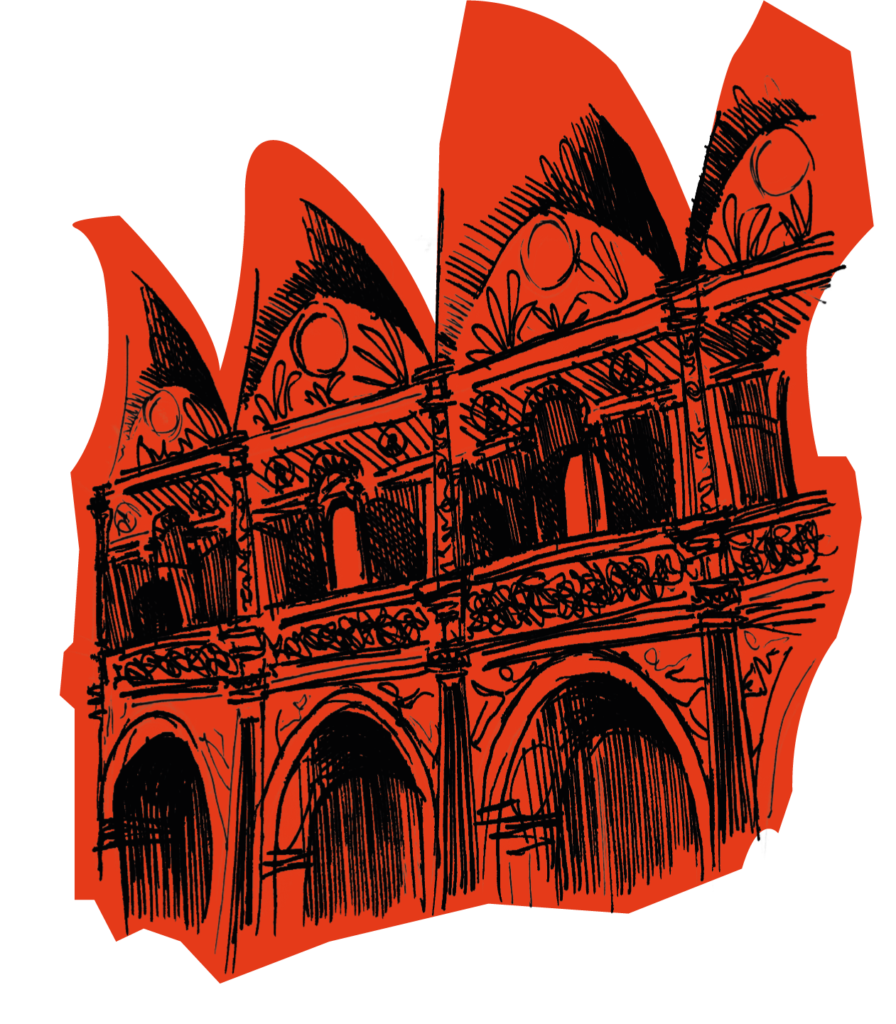 The last stop took us to the Basilica of Sant’Ambrogio, the most important church in Milan together with the Duomo. Built thanks to the will of the milanese bishop Ambrogio from 379, it has been modified over the centuries. An example of Lombard Romanesque style, inside you can see the precious altar in gold and silver and the column of Mosè’s snake to which the milanese turn to ward off certain types of illnesses.

As a conclusion for the afternoon we went in an oratory close to the basilica, where we warmed up singing together with the guitar, tea and hot chocolate. To finish in great style, we sang “Despacito” with the many spanish guys present and than the final song “O mia bela madunina” allowed us to spread a little of milanesity in the hearts of all the partecipants. This afternoon of sharing gave us the opportunity to bring some traits of the Milanese and Italian history to students who belong to cultures and religions completely different from ours.Precisely this diversity has been at the center of our proposal and has overturned the increasingly widespread idea that sharing our ideals and habits carries the risk of offending or hurting those who have different ones from ours.Despite having different religions and extremely different cultura backgrounds, showing them the beauty of our churches has created a sharing of living and lived experiences that has enriched ali the participants. We broke the bubble of the safe zone, in which we risk closing ourselves off with the people who think like us and instead we went into a cultural journey of union whereby, first of ali, we returned home with something more.