What we can learn from the tragedy of the Morandi bridge 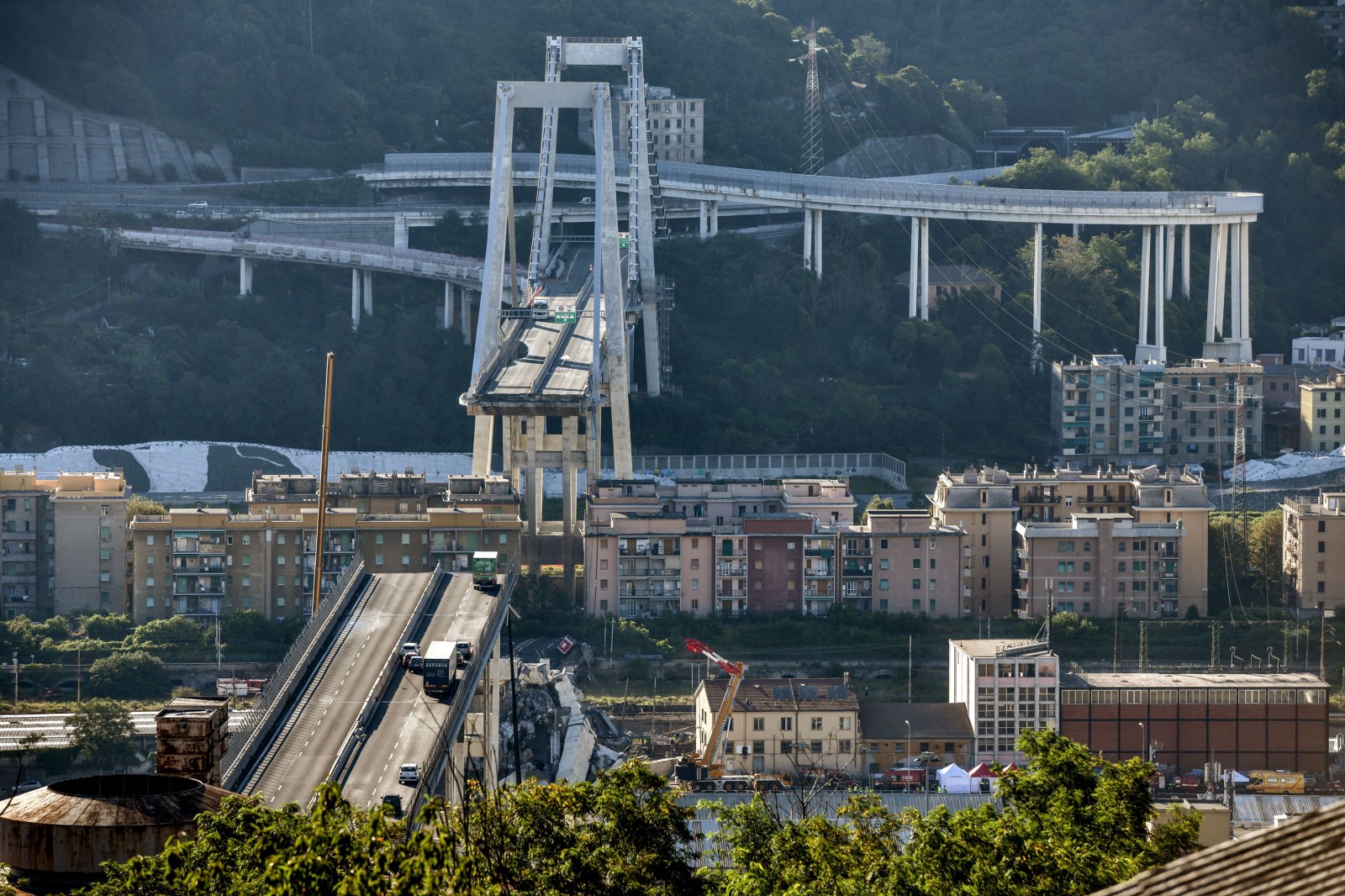 The collapse of the Morandi bridge of last August 14th shook everyone, including us. Disposed of the initial disbelief over the matter, we realized that this tragedy brings with it a series of human and technical themes that we did not want to ignore. So, one evening, talking to university friends in the civil-building field, we decided to investigate and try to catch the various provocations that the accident of the bridge over the Polcevera has aroused us.

We bave asked for help to professor Marco Andrea Pisani of the Department of Architecture, Built Environment and Construction Engineering, who taught for fifteen years the course of Bridges and that today is the regular teacher of the courses of Construction Technique and Consolidation of Structures. Let us start from the hours and the days immediately following the collapse, which bave seen the most disparate reactions in succession: from the majority of politicians, since the very beginning chasing someone to point at in front of the people, to journalists , immediately in search for the scandal. In the meanwhile, people, seeing such a monumental infrastructure collapse all at once, were taken by a strong sense of terror and uncertainty: after that day, crossing over or under a bridge, began to come natural wondering “but will it be safe?” or thinking “let’s go quickly, before it comes down”. All these reactions express a sudden rush of distrust towards our infrastructures and those who manage them. Is this mistrust legitimate? First of all we bave to distinguish the trust towards what we can know and the one towards what we can’t.

Chatting with the professor revealed immediately a factor that theoretically would be enough to not arouse distrust: as engineers we are aware of the impossibility of zeroing completely the risk associated with the design and construction of an infrastructure, but, underlines professor Pisani “the safety margins with which we work in the field of construction are exaggerated compared to many other areas”. But all the more so then, the question arises: if the safety margins with which we work are so high and the quality of our infrastructures enviable, how is it possible for events like that of Genoa to happen? We bave wondered if there is a limit in te knowledge we dispose of, and therefore if we should not resign ourselves and accept a component of unpredictability in the behaviour of the infrastructure itself, opening up the possibility that certain tragedies do not bave a real response nor a known cause. The professor’s answer immediately dispels our doubts: “We may have expensive surprises, but getting the buildings into the head is difficult”. He then explains that it is true that unforeseen events may occur, but if careful checks and maintenance are carried out periodically, we’ll be able to notice a deterioration of the structure due to an unexpected cause. In short, the same principle applies to those who do design, construction or maintenance : “if I do things in a decent way I have no problems. Usually trouble comes when things are done too badly. A good engineer can sleep well.” We are aware that a major cause of problems could therefore be the neglect of those who work in this field, and we ask ourselves what the problem is on a slightly more genera! scale, regardless of the ethics of the worker, also because, as the professor says, we bave a lot of degraded infrastructure. ”The problem is the same as usual: money. In the case of the Morandi Bridge there is another problem: the lightness of certain people, but it’s another pair of sleeves… But that there are many structures in very bad condition depends on the resources that the community provides to “keep them in order”. In the end, it’s all about the money.” And it doesn’t end there, because there is also the whole legal and bureaucratic aspect to consider: “Keep in mind that, if you are not sure of the need, the bridge does not dose to traffic, because if you can’t show a magistrate that it was absolutely essential to dose it, you also risk ending up in jail for that”.

Let’s return to the initial question: conscious of the existence of these problems, how do I cross a bridge with serenity? It is dear that an ordinary person, not in the field, can only remain calm if he trusts that those who bave the task of dealing with these things are doing their job well.

In fact, one might think that it is right to rely on engineering, but at the same time one cannot be sure of the work of those who apply it. But looking critically at the evolution of history, it is dear that it is a counterproductive position: trust is the basis of society. Progress itself is based on an act of trust, a trust in the past: a man, trusting only in himself, could decide to start again, doubting everything in history has already been known and wanting to follow only bis intelligence. But where would be go? He could not start from anything.

On the other band, as a logical consequence of our speech, there is a theme linked to the responsibility of those who work:to support this process based on trust, everyone must work well. But with all the limitations that bave been mentioned, with the few resources that are available, is it really possible to do this work well anyway, especially the contro! and maintenance of infrastructure? Prof. Pisani assures us that “you can still get good results”.

He then tells us of a recent dialogue with an important construction worker, in which it emerged that for the Italian North-West (about 12,000 bridges, plus all the tunnels and landslide ridges) the supervision of the infrastructure is entrusted to only a dozen engineers. A quick calculation shows that it is not physically possible for them to check ali the bridges even once a year. However, there is a roadwork that passes every day to do a visual check. Although he does not have the skills of an engineer, he can give the alarm in the event of anomalies and his role can prove to be fundamental. On one occasion, in fact, when a depression on a road bridge was noticed, the roadwork gave the alarm, which caused the immediate closure of the bridge, which then collapsed in half a day. “They couldn’t do anything, but they were there and they closed the bridge”. As if to say, you do what you can but there is always enough to do the bare minimum: the problem is always to do it well, with conscience.

In conclusion, after this work, we are convinced that, on the one hand, we must do our job well and, on the other hand, we need to have confidence that this will happen, both because it is the basis of progress and because it is impossible to do anything else. This trust and this responsibility of a job well done, however, cannot be something that concerns only others, because it is easier but also more incomplete to think of it facing “others”. A tragedy like the one in Genova can be clearly judged when trust and responsibility are present above all in our actions: it is normal and understandable that reactions such as “those who have worked badly must pay” have arisen, but we perceive this judgment as incomplete if it does not bring with it a fundamental question addressed to themselves: “but how do I work? How do I study? With what care do I do my little one?”. The roadworker that has identified the anomaly in the bridge saving (hypothetically) the lives of many people is an example of a responsibility lived with total dedication and conscience. Only by starting from this provocation can man’s trust in himself and in the world be reasonable.