Scattered notes of an unexpected cohabitation 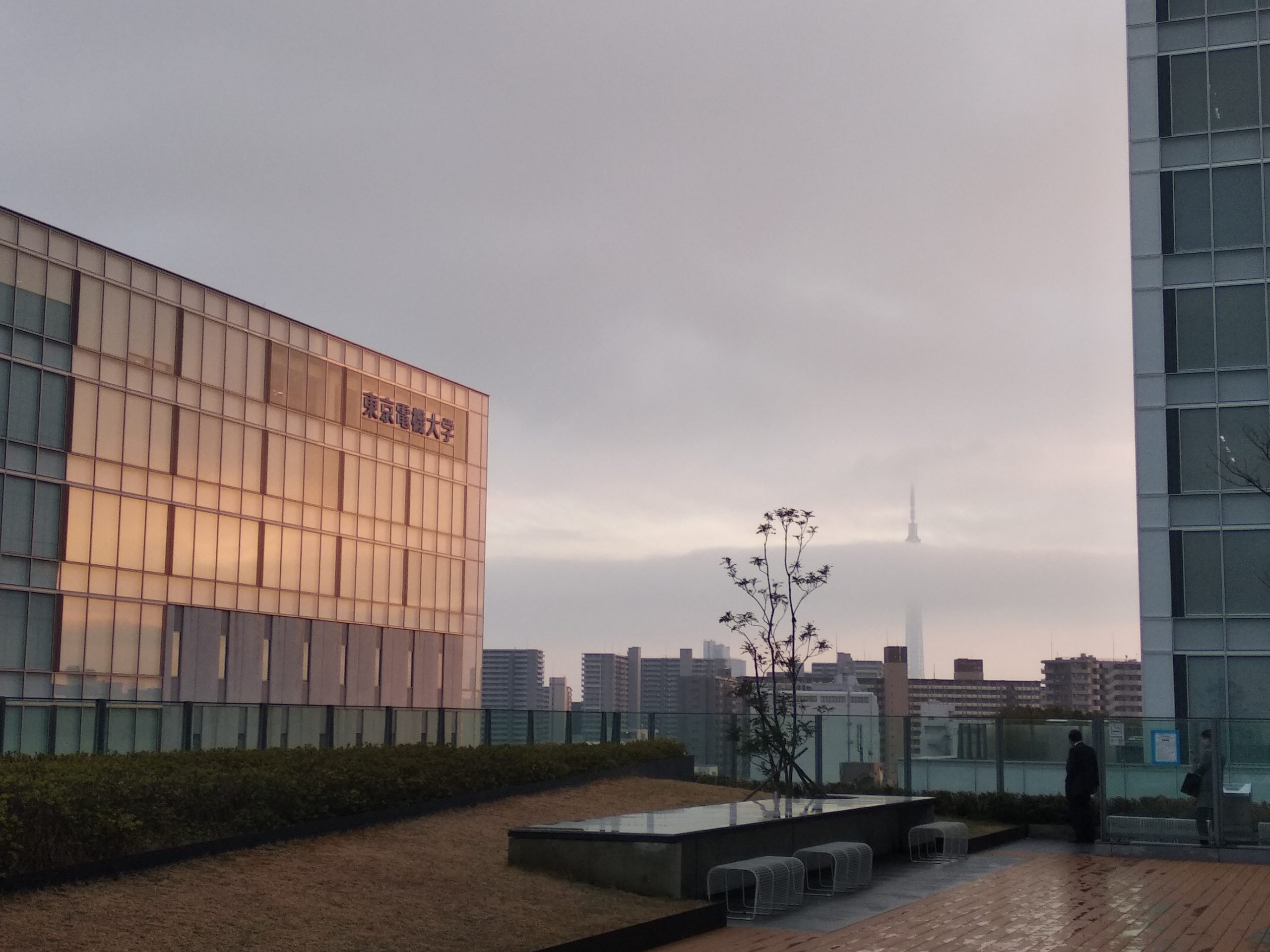 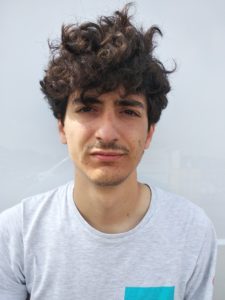 Yes, the practical field is one of overseas strengths. Yes, our strength is theory. No, this gap is not something unbridgeable, on the contrary it is easily retrieved. And yes, overseas they have amazing facilities and economical resources that we can only dream about.

Alright, having explored the commonplaces that come with every decent Erasmus Exchange / Thesis overseas report, let’s talk about what I truly brought back with me from Japan. And no, it doesn’t have anything to do with facilities, nor resources, nor let alone a culture that gives value to more practical aspects.

Let’s talk about facts. I had the opportunity to spend six months in Tokyo, to develop my master degree graduation project at the Tokyo Denki University. Unlike many of my friends, I can’t consider myself a Japan’s fan: I’ve never read a Manga magazine, the only anime I’ve ever watched were the ones on tv and Zen’s gardens have never stimulated my interest. Nevertheless, I set for this journey with the clear goal to see something completely different, to get out of my shell to confront myself with something exceeding my classifications. It’s a naïf reason,would you say so? It could be, yet it is also true that when you begin to feel like the boss of that square meter you graze on every day, (more specifically the grassland behind the canteen of the Ls) and to think that’s the whole world, maybe you need to widen your horizons a little bit. I must say that Japan fully satisfied me with regards to this – for better or for worse – therefore, I’d make the same decision a hundred times, even with all the sacrifices that came with it.

But let’s come to the point. Many of my friends who, just like me, applied for a thesis research abroad, were allocated to work with the PhD students of the hosting universities, also in terms of physical locations. On the contrary, my adventure mate and I were sent to work with our Japanese professor in his laboratory. Or, as they call it, the Rabo (ラボ). It’s a facility where, every day, selected students (more or less selected) work on long- or short-term assignments. The master degree students supervise over the younger ones (moreover being rewarded for this … ), they follow them up and help them to develop their projects. In these laboratories, each student has his own assigned workspace, usually close to other students who are working on the same macro-project. Another distinctive feature of this laboratory is that it is completely managed by students. This meant that, often, in the morning, we’d find students still sleeping in their camp beds, but it also meant that we could organise moments all together. The last one of these reunions was our goodbye party, of which some blurred memories are the Japanese people discovering Negroni and our supervisor singing with us “Tanto pe’ canta”, crying because we were going away. Those were the days, yeah … 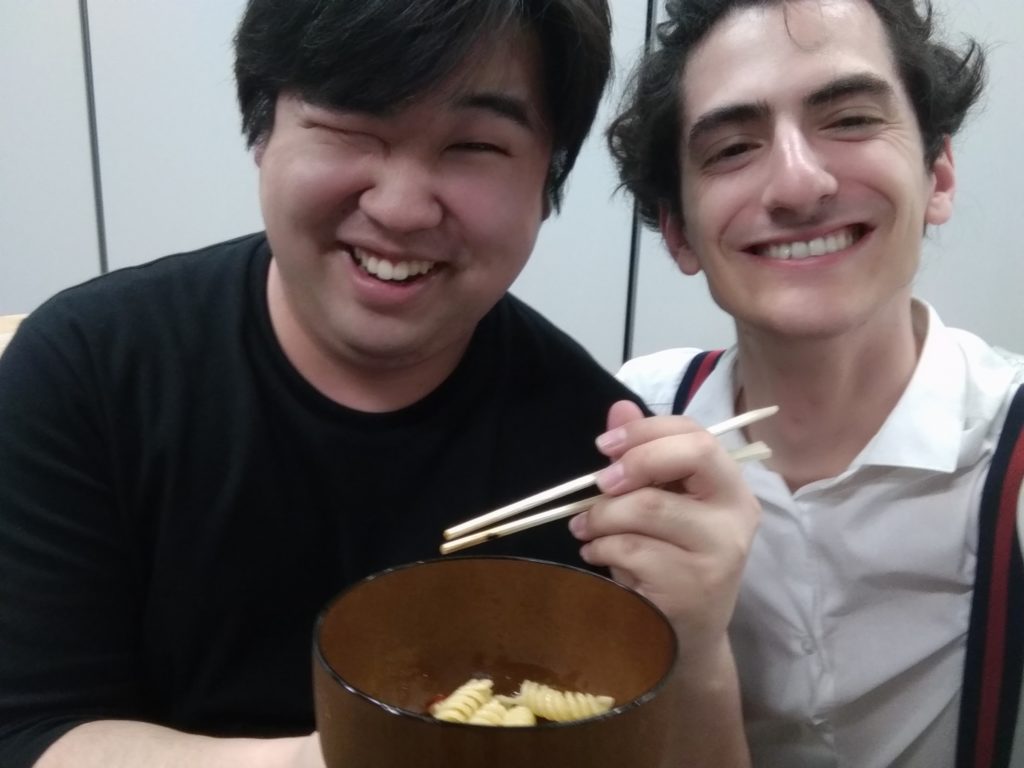 Ok, it would be an utopic thing to introduce the Rabo system at Politecnico, yet I’d like to have such a possibility even over here.

Firstly, because it’s a chance to learn twice as fast and twice as good. My mate and I were completely ignorant concerning technical issues that often we found ourselves in the first years’ situation, on the same side of the barricade. We were most probably the only ones in the laboratory not knowing how to weld two stupid cables, yet we tried on our skin the feeling of having by your side someone who know way more than you, moreover willing to help, and it is truly the best thing you could hope for. In the end, we did learn. 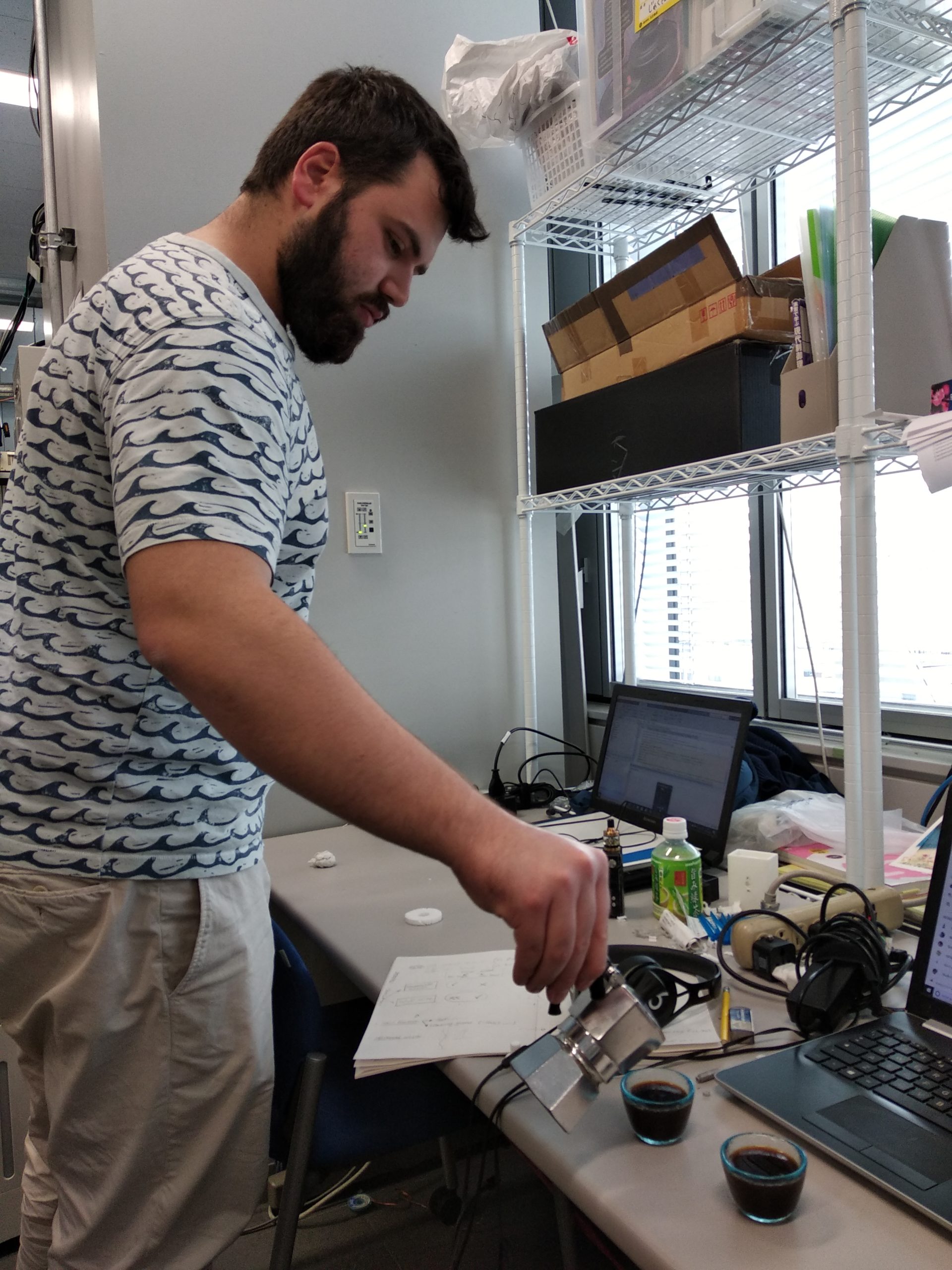 Secondly, because such a place can become home-like. Ok, maybe it’s a strong statement, maybe it’s not even such a desirable thing for your working place to eventually become a place of affection.

Yet, in these months I was more at ease in that room with the same residential density of Calcutta, rather than in the thousands of wonderful activities organised by the center for international students. Despite Japanese people not being exactly empathy champions, the only true relationships I found were in the laboratory, since in there you could breathe home-like air, a community-like air. And this is not but a superfluous and a little naïf outline, still, looking at facts, it’s the clear separation between learning to weld or not, between asking fearlessly or sticking with the knowledge you have already, between risking it all, or being left with our own fears and insecurities.

Therefore, it’s a matter of having a place, between university walls, where you can discuss, try, risk, create, ask, make mistakes. Learn, grow. Where you’re not a host, but a protagonist.

And if you really can’t bring Rabo at Politecnico, at least help me to make the university a place just like that.

Let me end with a consideration likely to be extemporaneous. I followed up from Japan all the debates developed about online learning. We could talk about it for ages and probably, in the end, we would all have a point. Yet, there’s one thing I don’t want to back down on: if university is the place where you can absorb notions, adjust yourself to standards, running after teachers before getting relentlessly lost, then may it come to online learning. Forever. For everyone. Because for so little, it’s not worth getting out of the house.

If, instead, university was (and partly already is) the place where it was possible to experience what I have already described at length, then here’s a good reason to get up in the morning and to head to Politecnico.

There’s no other way