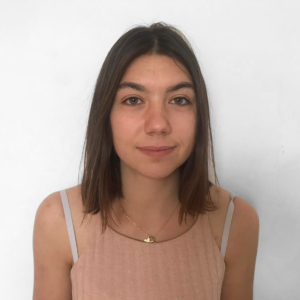 Arthur Fleck is a mentally unstable man who lives for his sick mother. He has a tough life, he is an underpaid clown who dreams of becoming a famous comedian, that can make everybody laugh. “My mother always told me to smile and to put on a happy face, she told me I had a purpose to bring laughter and joy to the world”. His mother taught him to always be happy, she taught him that making others happy is a good deed. She called him ‘Happy, yet she never worried to make sure he actually was.  Al contrario, it can be seen from the beginning of the movie that a sense of duty blocks him from being himself to the point of making him unable to cry and to express his sadness.  Beside the story’s branch which looks at the causes of  Arthur’s particular comedy there is a whole aspect about researching a figure to follow, like the father’s figure, who is absent throughout the whole protagonist’s story. This is is a critical aspect of the narration because the movie takes a turn when these themes come together, as in when all of Arthur’s pain which he is unable to express with comedy, and which he attempts to cover with his mask, encounters  the emptiness caused by both the so-presumed betrayal of his mother and by the abandoned research of his own father. It’s at this point of the story that resignation comes out, it’s the birth of Joker. This character is totally carrie by the absence of a purpose in his life  and by the impossibility of letting himself being grabbed by somebody else. “During my entire life I’ve never known if I truly existed,” he tells the psychologist during his last session, he then writes in his diary “I hope my death will have more purpose than my life”. Joker isn’t presented as an antagonist, but as a mad man, it’s the liberation of what Arthur keeps inside.  What makes this movie tragic is how his folly is justified. How could he not go crazy?” Many times I thought of cuttin’ out but my heart won’t buy it but if there’s nothing shakin’ come here this July I’m gonna roll myself up in a big ball and die”, these are Sinatra’s words from the last scene. Nobody can save himself or herself, there must be something that can surprise us, something that can allow us to look over our pain. Where do we start over? We start over from our question, people who keep on questioning are still hoping for an answer, and as long as we hope we can’t go crazy. Arthur was missing somebody to question, he didn’t have a father-like figure, he did not have an authority to whom he could abandon himself to and to whom he could offer his suffering and his entire life.