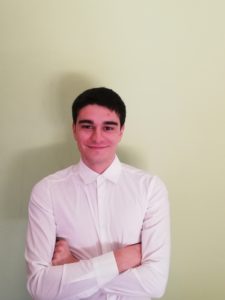 In every man there is an inexplicable desire for freedom that is evident at the moment when one feels inadequate compared to the outside world, for one perceives an emptiness and a bore that make man a slave to individual daily circumstances, and it is precisely this inadequacy that induces man himself to seek a dimension in which to be free, to be fully himself.

The theme of freedom is addressed by Dante Alighieri in the 16th song of Purgatory, where the protagonist (Dante himself) crossing the third frame of the mountain of Purgatory, or that of the wrathful, meets Marco Lombardo, his fellow citizen, politically active, whose identity remains unknown. The author, through the words of the soul with which he interacts in the aforementioned song, states: “Your movements have their primal bent from heaven; / Not all; yet said I all; what then ensues? / Light have ye still to follow evil or good, / And of the will free power, which, if it stand / Firm and unwearied in Heav’n’s first assay, / Conquers at last, so it be cherish’d well, / Triumphant over all.” (“Divine Comedy- XVI Purgatory Song” vv. 73-76).

Therefore man is bound to the historical context and the social condition in which he is born (which are identified as “your movements have their primal bent from heaven”, that is, the Heavens lay the foundations of your life), but the latter do not determine the whole life of man himself, because he is endowed with reason to distinguish good from evil and with free will to adhere to what corresponds to good.

According to the poet, free will cannot exist without reason: reason and free will have their roots in the essence of human nature, since these two requirements define man in the image and likeness of God and at the same time distinguish him from every other living being.

However, man was also born with an inexplicable desire for happiness and fullness that cannot be filled with material goods, in fact the poet states: “Of some slight good / The flavour soon she tastes; and, snar’d by that, / With fondness she pursues it, if no guide / Recall, no rein direct her wand’ring course.” (“Divine Comedy- XVI Purgatory Song” vv. 91-93)

In the previous verses the dynamics of desire is described: when we get a material good we feel its pleasant taste, but this is not enough to make us happy if not for a short moment and therefore we begin wanting more (power, money) in order to fulfill a desire for Infinity with material objects, subject to the wear and tear of time, unless a guide directs this desire in the right way.

So we need to educate our reason for good and this is  possible by voluntary adherence to this good through free will. Thus freedom emerges as the condition that allows man to move attracted by good, in fact Dante asserts: “To mightier force, / To better nature subject, ye abide / Free” (“Divine Comedy- XVI Purgatory Song” vv. 79-80). The antithetical expression “ye abide free” exposes a concept of freedom understood as submission to the truth, after recognizing the truth through reason, freedom allows the human soul to adhere to it.

Dante identifies this Truth with God, freedom is therefore nothing more than submission to God, the concept of truth is not relative for each one of us, but there is an absolute Truth that allows us to distinguish good from evil, but, above all, that responds fully to the desire for Infinity inherent to human nature.

In fact, Dante’s desire for happiness generated anxiety in Leopardi, who states: “to feel that our soul and desire would be even greater than the universe; and always accuse things of insufficiency and nullity, and suffer failure and vote, and yet, bore bore, it seems to me the greatest sign of greatness and nobility that we see of human nature”.

According to Leopardi in “bore” lies the greatness of the human soul, since the latter senses the vanity of earthly and unfinished things, not even the entire universe, can satisfy his desire. In fact, the emptiness, felt by the human soul, is an indication of the disproportion between the self and what surrounds him. At a difficult time like the one we are facing, due to the covid-19 pandemic, our walls appear suffocating and their freedom seems denied as that void emerges.

The surfacing of the void in us is due to the fact that we do not have a solid ground on which to rest our existence and therefore we become slaves of daily circumstances (study, work), we do not feel free, and this is how the fragility of our life (similar to the building of a house of cards) is revealed if not marked by a path to Truth. In conclusion, it can be said that human reason allows man to recognize Truth, but freedom is the only fundamental condition to adhere to it and therefore to live up to one’s desire.