Fear can hold you prisoner, hope can set you free 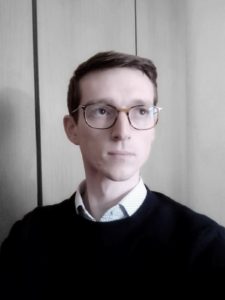 This is the promotional quote of the film “The Shawshank Redemption” for its great launch on the big screen in 1994. Surely I’m not the only one who has asked myself many times during this forced reclusion if it is actually how the quote says, and if what makes us real men and straight-shooters got lost together with all the prohibited activities or not. Is it possible to be free while locked up at home? Lately, some food for thought came to rescue me, I therefore want to talk to you about it in this and in the following articles: a film, some passages of a book, a song. In particular, there were two masterpieces that could keep up with the comparison with this question in all its deepness. The first one, is the above quoted film.

When it was still allowed to meet up, during the first week of Covid-19 warning, I organised a movie seeing with four friends, an actual set up thing, including a projector and Dolby surround. The projection begins and after a few minutes most of the film’s set up  and one of the characters are presented: Shawshank maximum security prison and Red, one of the detainees, the protagonist and story narrator, performed by Morgan Freeman’s familiar face. From the very first scenes, we understand that the main issue for every detainee, since first the night of reclusion, is to deal with the harshness of jail and the persistence of regrets: the injustice of sentences, the cut off relationships, every edge of freedom abolished, a whole life confined in a prison cell and in a courtyard where violence and discipline go hand in hand. Whoever enters for the first time begins to realize that the closure of the gate behind him means facing an infinity of empty days, where living slowly becomes surviving. There are very few alternatives: either you “institutionalize”, putting yourself to the side, or you go insane for a hope that doesn’t find any reason to be, but that only seems a great idea that never fulfills and it finds less and less correspondence in daily life. After all, is it any different for us during these days? Even if we are at home with a greater quantity of facilities that sweeten the circumstance, can the challenge in facing these two possible positions be said to be solved or to be minor?

The brilliance in this movie is evident in the figure of Andy Dufresne, played by Tim Robbins, co-protagonist of the film, and in his relationship with Red, our Morgan Freeman, whose figure described by the picture we all, more or less, recognize ourselves. Of Andy’s events, which are the backbone of the movie’s plot, I will not say much, to exhort you to watch this masterpiece; I’ll limit myself to what is just enough to answer the question we asked. Andy’s greatness is the simplicity with which he is attached to life, one could even say he is in love with life. This is what slowly arises in a sequence of events that engage an increasing number of detainees around him. With practical frankness he stimulates keeping in mind what actually fulfills life and makes it tasteful. His attitude changes the flat and institutionalized conscience of his companions, up to the point of making them feel free in certain moments, there, between the walls of their prison cells. For whoever experienced it, it means meeting a man who is more than a man. See it to believe. Let me mention just one example out of the many that are in the plot: after the great insistence of Andy (who wrote a letter to the Senate every week for two years) some material from the State gets to the prison. Between various boxes Andy finds a Mozart’s vinyl of “The Marriage of Figaro” (the aria “che soave zeffiretto”) and with an accurate plan he manages to elude guards and amplifies an old gramophone on all jail’s speakers. The flowing duet instantly fills the heart of every detainee, and it makes them stop: “I still have no idea to this day what those two Italian ladies were singing about” says Red, “Truth is, I don’t wanna know. Some things are best left unsaid. I’d like to think they were singing about something so beautiful it can’t be expressed in words. I tell you those voices soared, higher and farther than anyone here even dared to dream. It was like some beautiful bird flapped into our drab little cage and made these walls dissolve away, and for the briefest of moments, every last man in Shawshank felt free”.Could we get a chance like this, while being locked up in our rooms, looking at what’s missing and what’s not here anymore? Is it possible to get this experience which forces us to face what actually keeps us alive? It’s beautiful to find out that during this quarantine our own relatives can be like Andy and even if they are locked in their room, they can go back living this experience which is so tangible and makes us more human. After all, it has the same taste as a fresh pint after doing a good job in the sun.

“Wasted hours before we knew

Where to go and what to do

Wasted hours that you make new

And turn into a life that we could live”